* You will receive the latest news and updates on your favorite celebrities!

Dr. Richard FitzGerald worked as a consultant radiologist at the Royal Wolverhampton Hospitals NHS Trust in Wolverhampton, United Kingdom, for more than 30 years. In these three decades, he has defended radiologists’ interests and helped significantly improve their working lives in the UK and the rest of Europe. He will receive the ESR Gold Medal today, for his tremendous contribution to advancing the field. 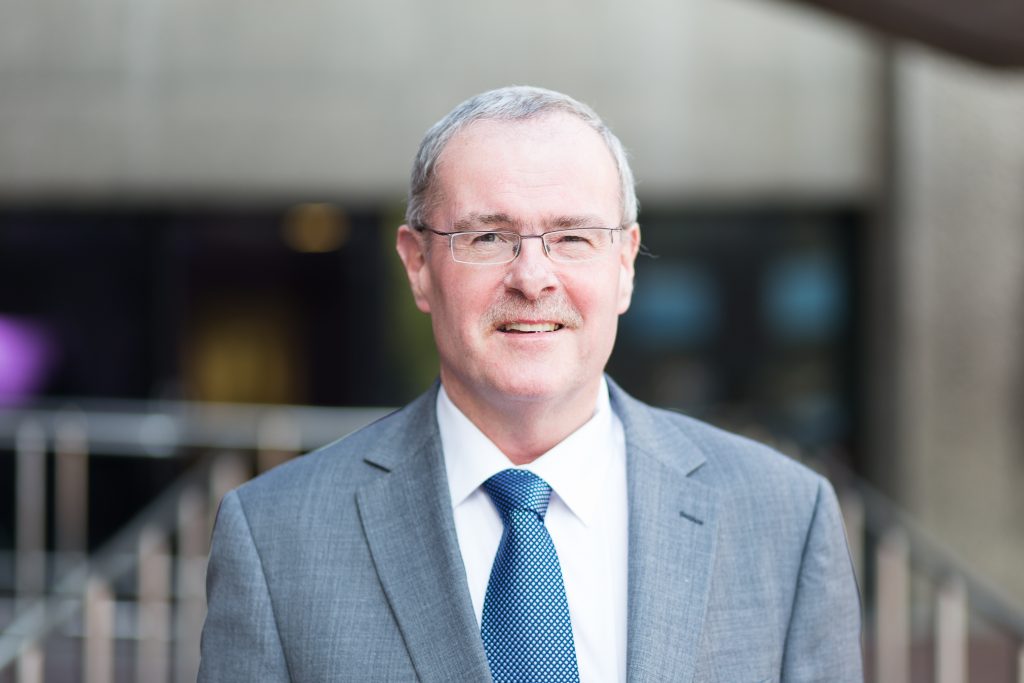 Dr. FitzGerald helped shape the Royal College of Radiologists (RCR) publications and professional standards for 20 years, an involvement that culminated in his appointment as Vice President of the RCR Faculty of Radiology in 2014–2017.

Throughout his career, he has consistently emphasised that it was not enough to set professional standards, however well worded. “Optimal performance for patients requires safe staffing levels and working conditions as well as an inclusive supportive culture,” he said.

Another long-time battle of his has been to help raise the number of radiologists in the UK, where lack of funding has created a situation of insufficient workforce, which is detrimental to patient care. “There has been inadequate funding for the NHS overall since 2010. Funding for training posts has also been inadequate for all healthcare training posts despite detailed RCR Annual Census and Government lobbying since 2007,” he explained.

In 2019, only 154 radiology trainees entered the UK radiology consultant workforce. This is insufficient to fill even 50% of the vacancies reported in 2018. These numbers are all the more concerning, since the appetite for imaging studies has been rising for the past decade. Demand for complex exams such as CT and MRI has increased by 10% per year for the past five years, according to the RCR.

“The UK doesn’t have enough radiologists to read all the scans prescribed by other specialists. Sadly, many patients suffer from delays in radiology reports and intervention. Radiologist training posts have increased in number in recent years, but at too slow a rate,” FitzGerald said.

The RCR’s longstanding lobbying for more training posts and strategies such as teleradiology 24/7 has helped fill the gap. Much mammography and plain radiograph reporting has also been delegated to radiographers.

AI will certainly help radiologists in the future, FitzGerald believes, especially to provide more accurate reports, e.g. for cancer patients. “However, it does not offer any short or medium-term solutions for the lack of radiologists in the UK,” he said.

International radiologist recruitment will continue to be essential to help fill the gap. In 2018, a third of consultant radiologists in the UK were international medical graduates, mainly from India, but also Greece, Finland, South Africa and Belgium.

In his three years as RCR Vice President, Dr. FitzGerald promoted international recruitment of radiologists and support for radiologists new to the UK. He also represented UK radiologists within the Union of European Medical Specialists and European Society of Radiology between 2002 and 2014 and was a member of the ESR Management in Radiology Subcommittee from 2010 to 2014.

In 2011 he encouraged the Jo Li Trust to establish an annual European School of Radiology Scholarship for Chinese radiologists to spend three months at University Hospital Birmingham, a cooperation that still continues today.

The past three years or so of Brexit angst has led to a much greater appreciation of the EU’s contribution to healthcare in the UK, he believes. “Around 12% of the NHS staff were born elsewhere in the EU. EU educational, research and funding collaboration greatly benefits UK healthcare. The UK will always be geographically part of Europe and not any other continent. The current and foreseeable global economic insecurity, climate emergency and weakening of USA commitments abroad will require ever closer cooperation between the UK and Europe, whether as an EU member or not,” he said.

Dr. FitzGerald has published extensively on teleradiology regulation, optimising radiologists’ working lives and performance, supportive peer feedback and learning from reporting discrepancies. He has provided advice to the ESR on teleradiology regulation and EU legislation, such as the EU Professional Qualifications Directive 2004–2005 and the EU Directive on the application of patient’s rights in cross-border healthcare 2008–2011.

At ECR 2020, Doctor Richard FitzGerald will be presented with the Gold Medal of the European Society of Radiology.

How to avoid burnout: recognise the signs and seek help

Paediatric intravenous CEUS must be made available, experts say

Visualising the invisible in Alzheimer’s